DRDA of Ranipet District in TN has planted as many as 52.81 Lakhs Palmyra Palm Seeds in 5 Hours and sets Elite World Records

Palmyra the State Tree is one of the harmony species of Tamil Nadu. With a mission and vision to protect it, the District Rural Development Agency of Ranipet has created a historical achievement by planting as many as 52.81 Lakhs Palmyra Palm Seeds in 5 hours on October 3,2022. In order to mark the Celebration of Gandhi Jayanthi and imparting a “Green TamilNadu a Visionary Project Launched by Chief Minister of TamilNadu M.K. Stalin, District Administration and DRDA Team,of Ranipet with the support of Union Chairman’s,Union Councilors, Village Panchayat Presidents,Vice-Presidents, Ward Members, Public Participation and along with the work force of MGNREGA were involved in Planting Palmyra Seeds.

According to the District Collector-D. Baskara Pandian, with a sincere commitment to protect Palmyra Palm Trees, we gathered and preserved more than 55 Lakhs Palmyra Nuts in the past 3 months and now we planted it. Once these planted Palm Trees grows, which usually takes more than a decade, it benefits the farmers financially in many ways which includes income from Palm jaggery, palm pulp, Palm candy, palm syrup, neera and etc. In this present junction those Palmyra Palm trees are being destroyed for various purposes, we must protect it, and let mankind live in harmony with greenery and nature. Our Chief Minister has set a Target of Planting 25 Lakhs Palm Seeds every year in Tamil Nadu, but I am glad that we have planted 52.81 Lakhs within the geographical limits of Ranipet in 5 hours, proudly he added.

Minister for Handlooms and Textiles R.Gandhi, took part in this drive by planting palm seeds on the bunds of a newly carved pond in Walajah Union along with District Collector and DRDA Team. We have executed this massive palm seeds plantation project as a part of Green Tamil Nadu Mission launched by Hon’ble Chief Minister M.K.Stalin, R. Gandhi stated.

G.Loganayagi, Project Director-DRDA, praised the project in a developmental prospective pointing out the vision of District Collector to assist rural economy. We are proud that we have created a world record in the title “Most Palmyra Palm Seeds Planted at Multiple Locations in 5 Hours” by planting 52.81Lakhs Palm Seeds in 880 different locations at 288 Villages in the district and bagged world record from Elite World Records, Asian Records Academy, India Records Academy and Tamilan Book of Records, she further added.

S.Srinivasan,Executive Engineer(Rural), stated that a Micro Level Planning was Scheduled at Block Level and Village Level for Identifying the apt locations for Planting the Seeds. The sites have been strategically selected at vantage points like Avenues, tank bunds, main roads and arterial village roads, if planted around water bodies, they are believed to recharge water, further he pointed.

The palm tree, which was associated with the daily life of our Tamils, has various medicinal properties as well. DRDA of Ranipet has meticulously planned this project and brilliantly executed it under the leadership of the District Collector. Gathering and preserving the nuts for 3 months and planting 52.81Lakhs of Palm Seeds in a span of 5 hours is not just easy to do. Kudos to the entire DRDA Team of Ranipet for creating this new world record, said Ameet.K.Hingorani, Senior Adjudicator-Elite World Records.

Taller than coconut trees, palms are sturdy and strong and do not fall easily. This helps them withstand heavy winds and cyclones. The fibrous roots that go deep and will bind the soil well, preventing soil erosion. I am sure that this project will be a strength to Ranipet District, said Dr. B. SivaKumaran,Senior Adjudicator-Asian Records Academy.

This Visionary Project was widely motivated and it captured lot of public interest and volunteers for this project, said P.Jeganathan,Senior Records Manager-India Records Academy.

The domestic tree of the Tamils is the palm tree and there is no other tree that benefits the soil in which we live, like the palm tree. I am happy to certify this project as a world record, said Dr.B.BalaSubramanian,Senior Records Manager-Tamilan Book of Records.

It is very evident that this Project by Planting more than 52.81 Lakhs Palmyra palm seeds will pave way for lively hood for the people of Ranipet District.

Ministry of Tourism to organise its first G-20 Tourism Working…

India to begin G20 Presidency in style from Bali; G20 Global Icon Awards to be… 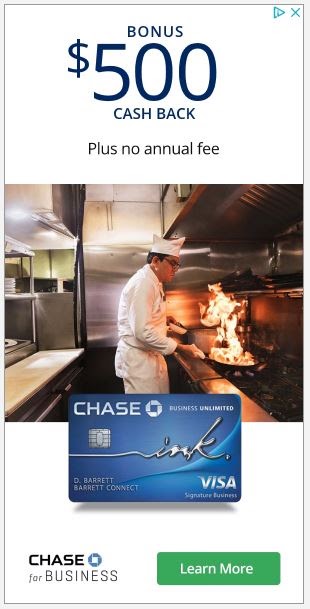 On Cops that Care, Penning Poetry and More